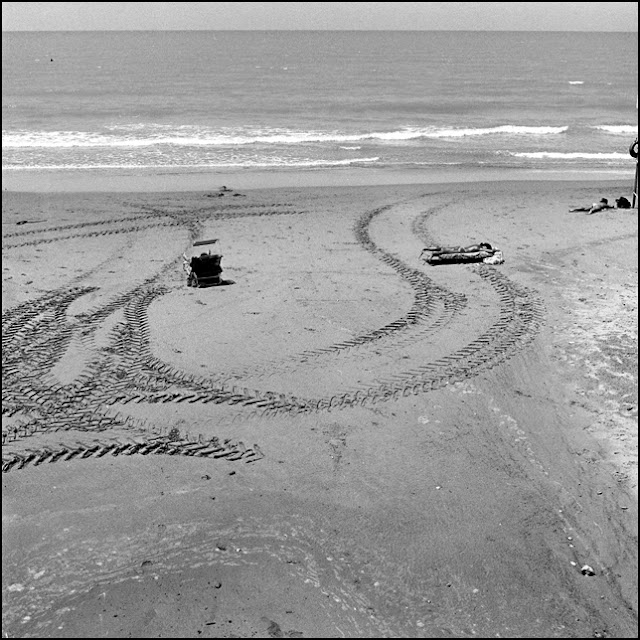 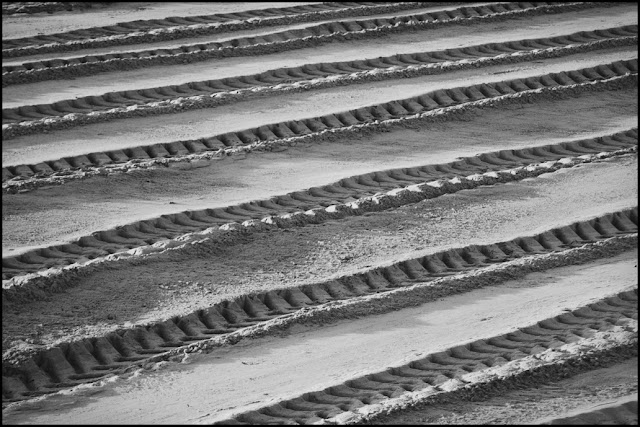 Funny thing: I go out to shoot a building aside my workplace and though I expected not to find anyone, the site was crowded… Yes, I can’t shoot masons and think that I won’t be punched, so I had to go around it and shoot it from the beach. And the beach was being ripped by a tractor, which traced wonderful dotted lines on the sand. I still don’t know why.
This is why I mainly shot the sand.
Oh, and I had to test an old Nikkor AF 70-210 zoom (which digitally turned out to be a powerful 105-315) on my collegue’s D50. Yeah, that’s overkill, and after all I don’t like those bulky DSLR’s, but sometimes we all feel somewhat hard-rock with a big gun in our hands…!