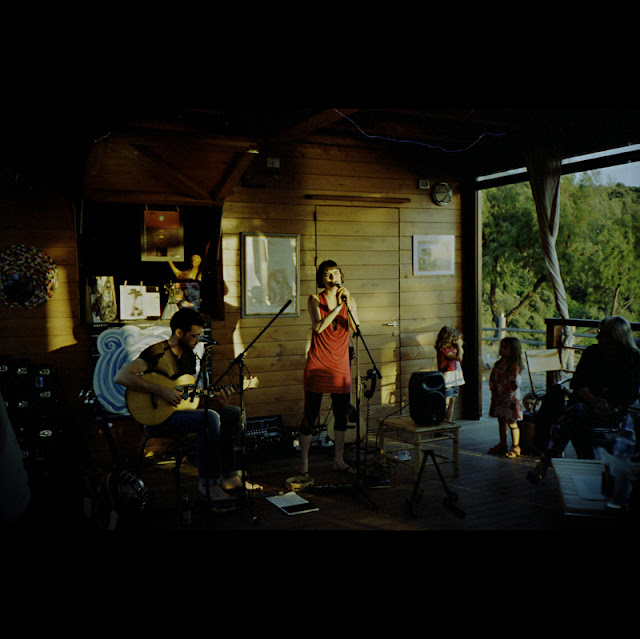 I processed a roll from last summer, it stayed into my very first camera for months; it’s a cheap plastic Yashica camera and it’s capable of stunning you. This is a photograph taken during Joanna Chapman-Smith and Mat Martin’s show in early summer. Lovely music, that perfectly matches this lovely light.
Never distrust an old cheap camera, it’s actually all about the subject and the photographer. All about the eye.
Oh, and the music too 🙂
–
Shot on expired (2006) Kodak 200 film, Yashica Partner 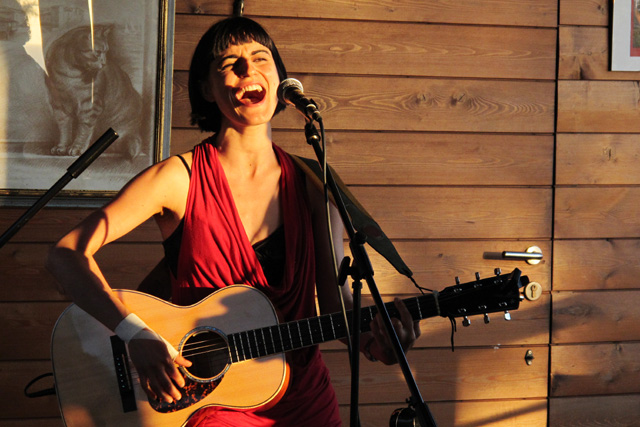 Joanna Chapman-Smith’s live show at Gattarossa, Piombino.
Stunning.
She’s got an incredible voice and what’s impressive is the control she’s got over it. Her tunes, as long as you get the meaning, often balance between real life tales and humorous situations, with a bit of fairy powder.
Simple music, as I stated a couple of days ago while talking to a friend o’ mine, which forces you to be sharp and never smudge a chord. Oh, and she doesn’t. She sings in a high pitched but soft voice and plays, apart from her lovely Larrivée acoustic guitar (yeah, I noticed that!), some weird gizmos as a stomp box, some copper pipes and a voice bender stuffed into an old telephone receiver. Weird enough to freeze your attention and slowly get you flooded by her swinging smile.
Her new album, “Contraries”, is simply beautiful. Somewhat new among the vast universe of folk/acoustic music, a small treasure chest where jewels like “For good” and “Tactile worlds” are silently hidden.
Now she’s touring Europe along with Mat Martin, a guitarist/banjoist/super-chordophone-player who also plays tenor guitar and clawhammer banjo. A pleasure to listen to.
If you can, please trust me and buy her records, as you won’t find much on the Tube or elsewhere.
But believe me, it’s definitely worth it. 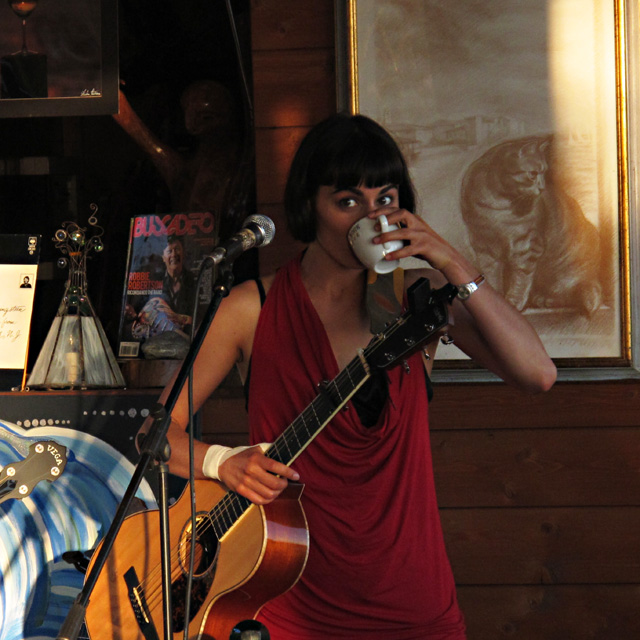 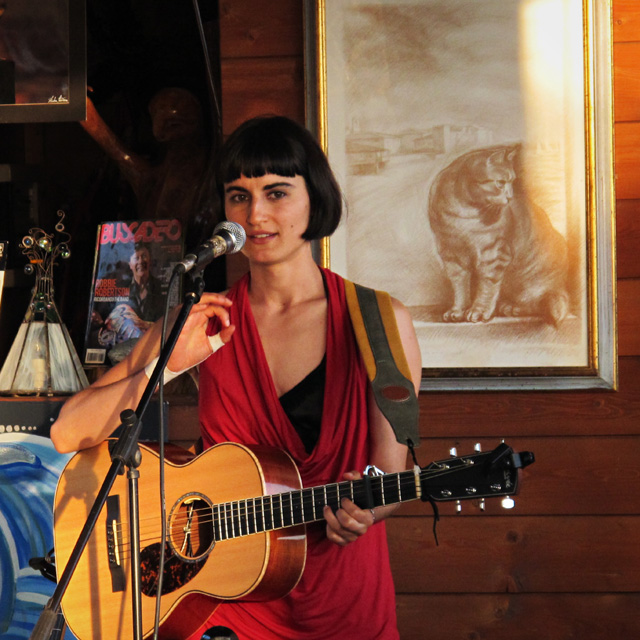 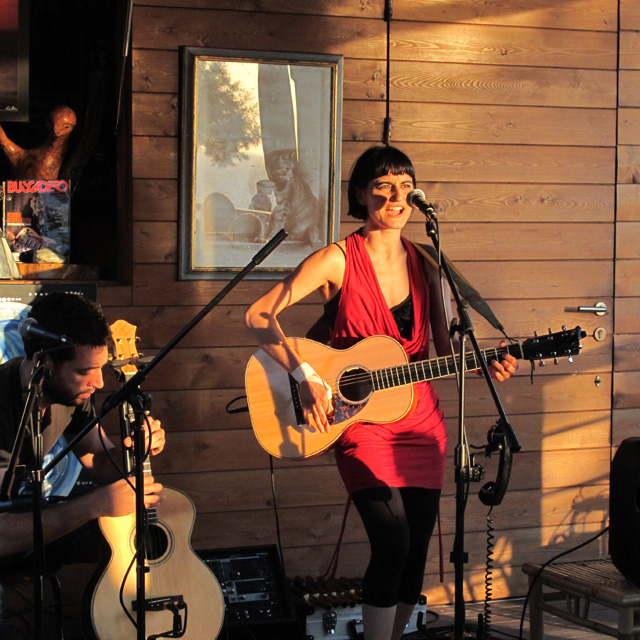